SMA impacts individuals across a range of ages — from infants and children to teens and adults — with varying levels of severity. Newborns and infants can develop infantile-onset SMA, the most severe form of the disease, which may lead to paralysis and prevent infants from performing the basic functions of life, such as swallowing or holding up their heads. Later-onset SMA is more common among children, teens, and adults, who may experience significant muscle weakness and disability, such as the inability to stand or walk independently.

Previously, individuals with SMA and their families had no treatment options. This changed in December 2016 when Biogen received U.S. Food and Drug Administration (FDA) approval for the first therapy to treat SMA. The therapy has since been approved in more than 60 countries and has helped thousands of patients around the world to date. Availability in the European Union will vary by country, per local reimbursement and access pathways.

Biogen’s commitment to the SMA community is unwavering, and we continue to advance leading research aimed at addressing unmet needs and improving clinical outcomes for individuals impacted by the disease.

Biogen is collaborating with Ionis Pharmaceuticals to identify new therapeutic options — specifically, new antisense oligonucleotide (ASO) candidates.
We are also leveraging our learnings in SMA to advance potential therapeutic options and solutions in other neuromuscular indications with high unmet need.

How an SMA Diagnosis Resolved Years of Unanswered Questions

Throughout her life, Marci struggled with basic physical tasks. But when she received an SMA diagnosis at 51 years old, she finally understood the cause of her weak muscles. While SMA is a progressive disease, new innovations can give patients like Marci reasons to hope and a chance for better outcomes.

The first time Nathan played power soccer at the age of seven, he fell in love. When he was diagnosed with SMA at a young age, there was uncertainty about his future and what he would be able to accomplish. But Nathan always strives to go beyond what’s expected, and competing in a sport independently validates his drive and desire to prove that he is not defined by his diagnosis.

SMA is a leading genetic cause of death for infants and toddlers, and is marked by progressive muscle weakness and atrophy that can take away a person’s ability to walk, eat, and ultimately, breathe. Learn about the mechanism of disease of spinal muscular atrophy.

Resources for People Living With SMA

As pioneers in neuroscience, Biogen has an innovative therapeutic pipeline that aims to address key unmet medical needs and make a meaningful daily impact for people affected by SMA. Biogen’s SMA development program encompasses 10 clinical studies, which have included more than 460 individuals across a broad spectrum of patient populations. Learn more about our clinical trial recruitment and access.

Inspired by the families whose lives have been touched by SMA, we worked closely with the SMA community to create a disease education program called Together in SMA.

Together in SMA provides information and resources for individuals with SMA and their caregivers. It is our hope that insights gained from this program will help families better navigate living with SMA.

For product support in countries outside of the U.S., please contact your healthcare provider or visit your local Biogen affiliate site.

Around 1 in every 40–50 people globally are carriers of the gene that causes SMA.1

SMA affects approximately one in every 10,000 births worldwide3

If left untreated, the majority of infants with the most severe form of SMA die within two years 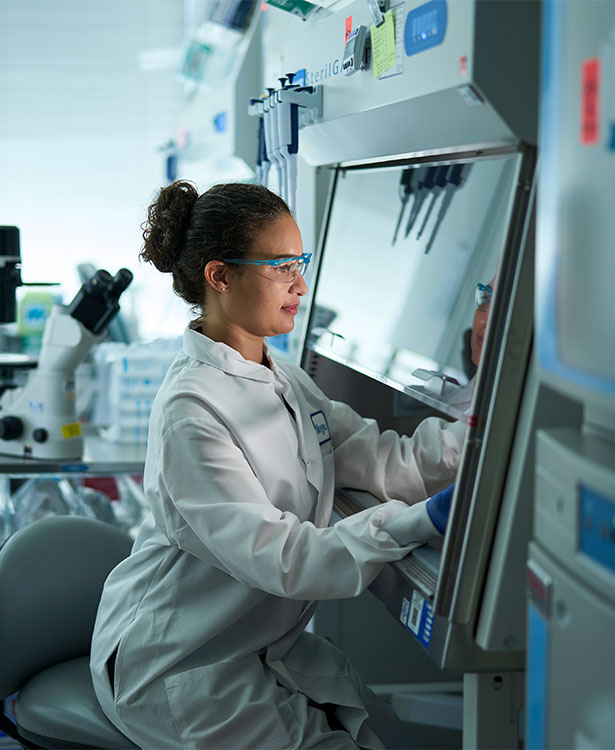 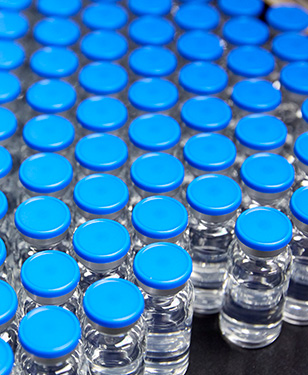 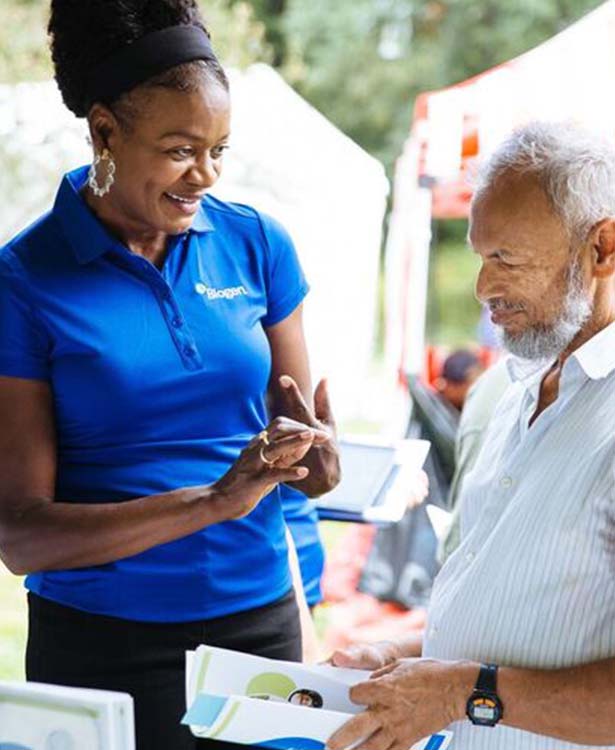 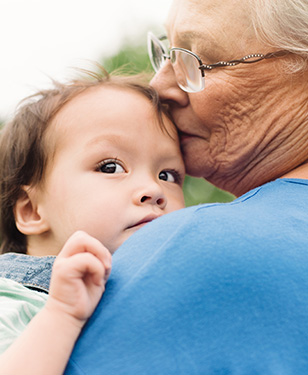